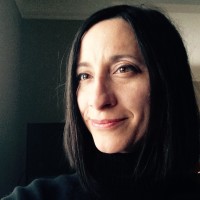 A leading scholar of archival theory and Canadian women’s writing, and a multiple award-winning instructor, I am currently a Full Professor of English at Bishop’s University in Quebec, where I teach Canadian and Indigenous Literatures. I specialize in women’s archives, theories of affect and archives, and women’s writing in Canada. As recent examples, I reviewed Megan Gail Coles’ Small Game Hunting at the Local Coward Gun Club for The Conversation and Virginia Pésémapéo Bordeleau’s Blue Bear Woman for Montreal Review of Books. My most recent edited book, Moving Archives, was published in January 2020 (Wilfrid Laurier University Press).

I was selected as the Designated Alternate for a Fulbright Research Chair in March 2020. I was also awarded the 2016-2017 Craig Dobbin Chair of Canadian Studies at University College Dublin (UCD), Ireland, for which I developed the Canada 150 conference, “Untold Stories of the Past 150 Years.” The conference was supported by a SSHRC Connection Grant (2017) and staged in April 2017 at UCD. On the Other Side(s) of 150, the book developed from this conference and co-edited with Dr. Sarah Henzi, is under advance contract with Wilfrid Laurier University Press (2021). Prior to this, I was awarded a John A. Sproul Research Fellowship from Canadian Studies at the University of California, Berkeley, where I served as a Visiting Scholar in January 2016.

My books have been recognized with several distinctions, as finalists for the Gabrielle Roy Prize in English and the LAMBDA Prize. I have either won several teaching awards, including the Departmental Teaching Award (2008-2009) and Best Professor of the Humanities (2007-2008, 2009-2010), or nominated for several others, including Best Professor of the Humanities; the Teaching and Learning Award, College of Arts & Humanities, University College Dublin, Ireland (2017); and the William and Nancy Turner Teaching Award (2010-2011, 2018-2019, 2019-2020). At Bishop’s University, I was awarded the Faculty Evaluation Committee Merit Award for Research/Teaching in 2010 and again in 2013. 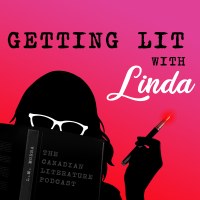 As President of the Quebec Writers’ Federation (2014-2016; 2017-2018),  I developed the Prize for Young Writers (inaugurated in 2017) and the re-staging of Turtle Island Reads (first created by Dr. Deanna Reder) to McGill University and CBC Radio. Turtle Island Reads was staged for the 4th time in April 2019 in Quebec. I am a Board Member for Guernica Press and the Coordinator of the Morris House Reading Series at Bishop’s University. I also conceived of and run the Student Writing Week/End in the Eastern Townships (SWEET), and organized the Literary Umbrella of Quebec (LUQ).

I currently live in Montreal, Quebec. You can hear me on my podcast about literature and authors in Canada, Getting Lit with Linda.